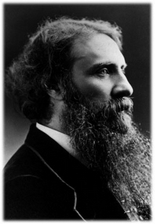 Who is George MacDonald?
Quotes

“I have never concealed the fact that I regarded him as my master; indeed I fancy I have never written a book in which I did not quote from him.” —C.S. Lewis

“Oh, how I love that man!” —Oswald Chambers

THE FIRST OF ALL TRUTHS, which a lifetime of church-going and Bible-reading will fail to disclose, is that for life to be a good thing and worth living, a man must be the child of a perfect Father and know Him. —G.M. 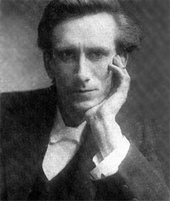 “There is no appeal to the emotions, no cant religious phrases, no anecdotes, just a flow of clear convincing reasoning—stark sincerity, speaking with the authority of deep personal experience.”
—Douglas Downes

IT TAKES GOD ALMIGHTY INCARNATE in us to do the meanest duty to the glory of God. It takes God’s Spirit in us to make us so absolutely humanly His that we are utterly unnoticeable. The test of the life of a saint is not success, but faithfulness in human life as it actually is. We will set up success in Christian work as the aim; the aim is to manifest the glory of God in human life, to live the life hid with Christ in God in human conditions. —O.C.

C.S. Lewis Foundation
Into The Wardrobe

The sweetest thing in all my life has been the longing…to find the place where all the beauty came from. —Till We Have Faces

NOTHING, NOT EVEN THE BEST and noblest, can go on as it now is. Nothing, not even what is lowest and most bestial, will not be raised again if it submits to death. It is sown a natural body, it is raised a spiritual body. Flesh and blood cannot come to the Mountains. Not because they are too rank, but because they are too weak. What is a lizard compared with a stallion? Lust is a poor, weak, whimpering whispering thing compared with that richness and energy of desire which will arise when lust has been killed. —The Great Divorce

A silly idea is current that good people do not know what temptation means. This is an obvious lie. Only those who try to resist temptation know how strong it is…A man who gives in to temptation after five minutes simply does not know what it would have been like an hour later. That is why bad people, in one sense, know very little about badness. They have lived a sheltered life by always giving in.

We all want progress, but if you’re on the wrong road, progress means doing an about-turn and walking back to the right road; in that case, the man who turns back soonest is the most progressive.

Courage is not simply one of the virtues, but the form of every virtue at the testing point.

When a man is getting worse, he understands his own badness less and less. A moderately bad man knows he is not very good: a thoroughly bad man thinks he is all right.

Critics who treat “adult” as a term of approval, instead of as a merely descriptive term, cannot be adult themselves.

Mortal lovers must not try to remain at the first step; for lasting passion is the dream of a harlot and from it we wake in despair.

Without the aid of trained emotions the intellect is powerless against the animal organism.

God is not proud…He will have us even though we have shown that we prefer everything else to Him.

Education without values, as useful as it is, seems rather to make man a more clever devil.

If you are really a product of a materialistic universe, how is it that you don’t feel at home there?

If these holy places, things, and days cease to remind us, if they obliterate our awareness that all ground is holy and every bush (could we but perceive it) a Burning Bush, then the hallows begin to do harm. Hence both the necessity, and the perennial danger, of “religion.”

God cannot give us a happiness and peace apart from Himself, because it is not there. There is no such thing.

Aim at Heaven and you will get Earth thrown in. Aim at Earth and you get neither.

A man can no more diminish God’s glory by refusing to worship Him than a lunatic can put out the sun by scribbling the word, “darkness” on the walls of his cell.

Consciousness is either inexplicable illusion, or else revelation.

Nothing that you have not given away will ever be really yours.

Faith is the art of holding on to things your reason once accepted, despite your changing moods.

Reasoning is never, like poetry, judged from the outside at all.

For the wise men of old the cardinal problem had been how to conform the soul to reality. For magic and applied science alike the problem is how to subdue reality to the wishes of men.

If you read history you will find that the Christians who did most for the present world were precisely those who thought most of the next. It is since Christians have largely ceased to think of the other world that they have become so ineffective in this.

Christ died for men precisely because men are not worth dying for; to make them worth it.

God whispers to us in our pleasures, speaks in our conscience, but shouts in our pains: it is His megaphone to rouse a deaf world.

Love anything and your heart will be wrung and possibly broken. If you want to make sure of keeping it intact you must give it to no one, not even an animal. Wrap it carefully round with hobbies and little luxuries; avoid all entanglements. Lock it up safe in the casket or coffin of your selfishness. But in that casket, safe, dark, motionless, airless, it will change. It will not be broken; it will become unbreakable, impenetrable, irredeemable. To love is to be vulnerable.

Human beings, all over the earth, have this curious idea that they ought to behave in a certain way, and can’t really get rid of it.

Surely what a man does when he is caught off his guard is the best evidence as to what sort of man he is.

The salvation of a single soul is more important than the production or preservation of all the epics and tragedies in the world.

Even in literature and art, no man who bothers about originality will ever be original: whereas if you simply try to tell the truth (without caring twopence how often it has been told before) you will, nine times out of ten, become original without ever having noticed it.

Be sure that the ins and outs of your individuality are no mystery to Him; and one day they will no longer be a mystery to you.

Affection is responsible for nine-tenths of whatever solid and durable happiness there is in our lives.

The absent are easily refuted.

Try to exclude the possibility of suffering which the order of nature and the existence of free-wills involve, and you find that you have excluded life itself.

A great many of those who “debunk” traditional…values have in the background values of their own which they believe to be immune from the debunking process.

Failures are finger posts on the road to achievement.

Christianity, if false, is of no importance, and if true, of infinite importance. The only thing it cannot be is moderately important.

Many things—such as loving, going to sleep, or behaving unaffectedly—are done worst when we try hardest to do them.

Our passions are not too strong, they are too weak. We are far too easily pleased.

Morality, like numinous awe, is a jump; in it, man goes beyond anything that can be “given” in the facts of experience.

A young man who wishes to remain a sound Atheist cannot be too careful of his reading. There are traps everywhere—”Bibles laid open, millions of surprises,” as Herbert says, “fine nets and stratagems.” God is, if I may say it, very unscrupulous.

I believe in Christianity as I believe that the sun has risen, not only because I see it, but because by it I see everything else.

What seem our worst prayers may really be, in God’s eyes, our best. Those, I mean, which are least supported by devotional feeling. For these may come from a deeper level than feeling. God sometimes seems to speak to us most intimately when He catches us, as it were, off our guard.

Love, while always forgiving of imperfections and mistakes, can never cease to will their removal.

Heaven offers nothing that a mercenary soul can desire.

Now is our chance to choose the right side. God is holding back to give us that chance. It won`t last forever. We must take it or leave it.

Telling us to obey instinct is like telling us to obey “people.” People say different things: so do instincts. Our instincts are at war. Each instinct, if you listen to it, will claim to be gratified at the expense of the rest.

Unless Christianity is wholly false, the perception of ourselves which we have in moments of shame must be the only true one.