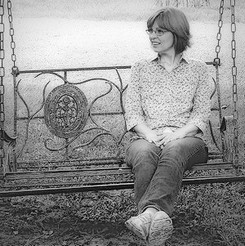 “Think of yourself just as a seed, waiting patiently in the earth—waiting to come up a flower in the Gardener’s good time—up into the Real world, the Real waking. I suppose that all our present life, looked back on from there, will seem but a drowsy half-waking. We are here in the land of dreams. But cock-crow is coming. It is nearer now than when I began this letter.”

-From Letters to an American Lady, by C.S. Lewis

A Good Word for Birthdays

When I was six years old, I was excited to turn seven. It wasn’t because I expected to be more beautiful or healthy, rather, I expected to understand more things as I grew older, and I greatly looked forward to that. I feel the same way now in my 50’s. There is always something to learn and to understand.

Although I’m not getting any younger, neither is anybody else. Aging is a collective problem, not an isolated one. Birthdays, on the other hand, are personal, and, if viewed rightly, have nothing to do with aging. Every one of us knows someone who’s lived plenty of years without exhibiting any real maturity or wisdom, and, hopefully, we also know someone who exhibits grace and wisdom as a reward of their years. Aging tests what is yet undeveloped in us. Birthdays celebrate the progress we’ve made.

As we get older, we often become more and more distracted with our physical bodies, both their appearance and health. But we should think of our physical body as a car we are gifted. Not one of us had a choice in the make or the model, only whether or not we take care of what we’ve been given. When an event or the passage of time brings the use of the car to a halt, it’s important to understand we are the driver, not the car.

The car doesn’t celebrate journeys made, the driver does. That’s what birthdays are for. A journey means progress – and new beginnings.

“Remember not the former things, nor consider
the things of old. Behold, I am doing
a new thing; now it springs forth, do you not
perceive it? I will make a way in
the wilderness and rivers in the desert.”
Isaiah 43:18,19

A journey that involves heartache, disappointment, illness, and death is no barrier to progress; He makes a way in the wilderness and rivers in the desert. It’s up to us not only to leave the past behind in His sea of mercy, grace, and forgiveness, but to fully accept and embrace every new iteration of ourselves that He makes a way for us to realize while we are still here. A birthday, for me, celebrates what God has brought me through, and what He has yet to show me and teach me; what stores of His grace I have yet to discover. Outwardly we degrade physically, there’s no debate on that – but the potential of inward renewal is exhilarating. It contains many doors of discovery into the future, all the way into eternity.

David said, “I am fearfully and wonderfully made” – he saw what we should see when we look at ourselves. It’s lost on grown-ups, who are distracted by their own years and experiences, but Jesus has admonished us to become like little children – and what little child dreads his or her own birthday?

I was interested in one of Job’s “comforters,” Elihu, the young man the Lord ignores. He was a black and white kind of guy—no gray areas for Elihu. Those who obey God prosper, those who don’t suffer. Therefore, Job was a sinner, who suffered for his sin. Period. For Elihu, this was one big “duh!”

Elihu was mostly, but not completely clueless—he had some good things to say,

“The Spirit of God has made me; the breath of the Almighty gives me life.” 33:4
“God is exalted in His power. Who is a teacher like Him?” 36:22
“God’s voice thunders in marvelous ways; He does great things beyond our understanding.” 37:5

All true. But believing some truth won’t answer for the whole. Elihu was full of pride. He believed that God was God and that was enough, and if you believed that, too, then you’d be as wise and safe as he was. Job obviously screwed up—bad—somewhere. This is what Elihu believed because he was comfortable in a creed—in a set of beliefs. Everything he thought affixed itself to something in that set.

In other words, Elihu was superstitious.

Superstition: belief, half-belief, or practice for which there appears to be no rational substance. Those who use the term imply that they have certain knowledge or superior evidence for their own scientific, philosophical, or religious conviction.

For all Elihu’s beliefs, he didn’t know the Lord—he didn’t want to discover anything about Him that didn’t fit into his set of beliefs. (Which is likely why the Lord ignored Him.) In Elihu’s set of beliefs, it was rational that Job had brought his suffering upon himself.

Yet when the Lord spoke, He pronounced Elihu irrational. Elihu had no superior knowledge or evidence for his religious conviction. In fact, had the Lord allowed Elihu to suffer as Job did, Elihu would’ve been shattered.

Before Job suffered, no one could say why Job believed as he did—not even Job himself could—but in his suffering and after his suffering, anyone could easily say that, more than anything, Job wanted to know the Lord, not just believe things about Him,

“My ears had heard of You but now my eyes have seen You. Therefore I repent in dust and ashes.” Job 42:5,6

The Lord trusted Job, He spoke to him, and Job replied in humility (which only those who know the Lord can do),

“Surely I spoke of things I did not understand, things too wonderful for me to know.” Job 42:3